ONCE A CHURCH, LATER A MOSQUE.

Masterpiece Of The History Of Architecture:

The Hagia Sophia Grand Mosque / Ayasofya-i Kebir Cami-i Şerifi, with its innovative architecture, rich history, religious significance and extraordinary characteristics has been fighting against time for centuries, was the largest Eastern Roman Church in Istanbul. Constructed three times in the same location, it is the world’s oldest and fastest-completed cathedral. With its breathtaking domes that look like hanging in the air, monolithic marble columns and unparalleled mosaics, is one of the wonders of world’s architecture history. The sheer dazzling beauty of mosque with its magnificent play on space, light, and color provokes worship in the believer! Hagia Sophia pose on the ground of the first hill of Istanbul, precisely at the tip of the historic peninsula, surrounded by the Sea of Marmara, the Bosphorus and the Golden Horn on three sides.

Today's Hagia Sophia (Turkish:Ayasofya, Latin: Sancta Sophia, Spanish: Santa Sofia, Russian:Собор Святой Софии, literally:Holy Wisdom or Divine Wisdom) is the third building constructed in the same place with a different architectural understanding than its predecessors. Hagia Sophia considered the embodiment of Byzantine Architecture and also said changed the history of architecture. By the order of Emperor Justinianos, it was built by Anthemios (mathematician) from Tralles (today's Aydin) and Isidoros (geometrician and engineer) from Miletos (today's Balat). The construction started in 532 and was completed in a period of five years and opened for worship in 537 with great ceremony. An earthquake swarm which hit the Constantinople from May 7,558 to following the years 546 and 557 were destructive. The dome of the Hagia Sophia collapsed and thousands of houses couldn't resist magnitude of quakes.

The Hagia Sophia and Byzantine city of Constantinople sacked and looted in April 1204 by the Venetians and the Crusaders on the Fourth Crusade which regarded as shocking betrayal amongst Christians. The crusader nobleman Baldwin of Flanders was crowned as emperor in Hagia Sophia, but most Byzantines refused to recognize him, and the empire fragmented into four small independent states.

IT CONTINUED TO EXIST AS A MOSQUE DURING THE OTTOMAN PERIOD

When Sultan Mehmet the Conqueror conquered the Konstantiniyye (During the Ottoman period of ruling, following names used in Turkish for Istanbul:Konstantiniyye, Stanpolis, Dersaadet, Asitane), he converted it into his imperial mosque. Buttresses were added to the Hagia Sophia’s sides to prevent it from collapse during the reign of Murad III by the historical architect Sinan who would be inspired by the ancient edifice, and fusing its style with Islamic art and aesthetics in a series of Grand Mosques. The Hagia Sophia, whose domes and walls collapsed many times during the Eastern Roman period, never collapsed again after the renovations of Sinan the Architect despite many great earthquakes in Istanbul.

From the time of Fatih Sultan Mehmet Khan, every sultan strived to beautify the Hagia Sophia even more, and the Hagia Sophia was transformed into an entire complex with structures such as mihrab, minbar, rostrum, minarets, sultan’s office, shadirvans (fountain providing water for ritual ablutions), madrasah, library, and soup kitchen. In addition, great importance was attached to the interior decorations of the Hagia Sophia Mosque during the Ottoman period. Hagia Sophia was adorned with the most elegant examples of Turkish arts such as calligraphy and tile art and the temple gained new aesthetic values. Thus, Istanbul's Hagia Sophia was not only converted into a mosque but also this common heritage of humanity was preserved and improved. It continued its existence with the addition of Ottoman architectural elements, however after 4 years of closure to the public Hagia Sophia Mosque declared as a museum with the Council of Ministers Decision dated 24.11.1934 and served as a “Memorial Museum” held by General Directorate of Cultural Heritage and Museums Ministry. The Hagia Sophia has been a UNESCO World Heritage Site since 1985 as a section called the Historic Areas of Istanbul, which includes Istanbul’s other major historic buildings and monuments. Today it is a landmark of Istanbul and one of the most visited sights in Turkey.

On July 10/2020, a Turkish top court reversed this 1934 Cabinet decree which turned Hagia Sophia Mosque into a museum, assist for its use again as a mosque after 86-year of gap. Judges decided that as the Hagia Sophia was owned by the Fatih Sultan Mehmet Khan Foundation / Waqf, the government did not have the right to change its status. In Fatih Sultan Mehmed's waqfiyya (endowment document / foundation’s charter) which written on a 66-meter length of well preserved gazelle skin says: “All the things I have explained and designated here have been set down in written form in the foundation charter in the manner appointed; the conditions may not be altered; the laws may not be amended; they may not be diverted from their original purpose; the appointed rules and principles may not be diminished; interference of any sort in the foundation is interdicted… May the curse of Allah, the angels and all human beings be upon anyone who changes even one of the conditions governing this foundation.” Sultan Fatih refers to Hagia Sophia Grand Mosque as “kenise-i nefise-i münakkase“ in his wagfiyya which translated from Ottoman Turkish as “[the] exquisitely ornamented church.“

The opening ceremony for worship in Hagia Sophia Mosque held on 24 July 2020, with the attendance of President of the Republic of Turkey Mr. Recep Tayyip Erdoğan. Before the prayers, President Erdoğan recited from the Qur'an inside the reverted mosque, choosing verses from both the Surah Al-Fatihah and the Surah Al-Baqarah. Some 350,000 people participated in traditional Friday prayers at Istanbul's historic Hagia Sophia Mosque. Administrative duties for the mosque split between Turkey’s Religious Affairs Directorate, or Diyanet, and the Ministry of Culture and Tourism. Diyanet administrate religious activities, while the latter continue to administer conservation and restoration projects, and the management of relics contained within the mosque. Addressing the nation regarding Hagia Sophia Mosque’s re-opening for worship, President Erdogan said: “Hagia Sophia’s doors will be, as is the case with all our mosques, wide open to all, whether they be foreign or local, Muslim or non-Muslim. With its new status, Hagia Sophia, the shared heritage of humanity, will continue to embrace all in a much more sincere and original way.”

Authorities announced that the features of Hagia Sophia will continue to be preserved and protected, and will remain open to the public in the same manner the Blue Mosque is open to visitors and tourists of all denominations and faiths. Apart from functioning as a working mosque, the Hagia Sophia is also among Turkey's top tourism destinations for domestic and foreign visitors alike.

Hagia Sophia fascinates people by not only with its awe-inspiring architectural design, but also by its gold-plated, silver-plated, glass, terracotta and colored stone mosaics, and the original ceiling mosaics of the 6th century with their floral and geometric motifs. The mosaics with figures following the icon ban in the 8th century especially Mother Mary depicted with child Jesus in her arms, the Archangel Gabriel and the Archangel Michael and Deisis stage mosaics must be seen. Some of the most famous mosaics, including a Deisis panel and imperial portraits, are found in the southwest gallery, which was used for religious meetings and ceremonies. Sultan Abdulmecid's Mosaic tughra was built between 1847 and 1849 during the restoration by the Fossati brothers. Known for its Imperial Gate, Beautiful Gate (Splendid Door) and Marble Gate, Hagia Sophia has 104 columns, some of which are brought from ancient cities. The "Omphalion” section where the emperors were crowned stands out with marble workmanship like these pillars.

The Hagia Sophia has four minarets at its corners that were added at different times. The brick minaret at the southern corner is attributed to Mehmed II, and a second stone minaret was added to the north by Mimar Sinan during his restoration. The remaining two minarets are identical and date from the Murad III period. 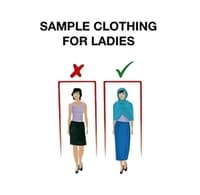 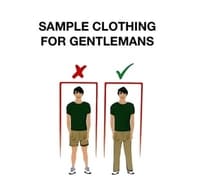 All visitors, Muslims and non-Muslims are allowed to enter Hagia Sophia Mosque. Visitors should remove their shoes before stepping onto the mosque's carpets. Avoid visiting Hagia Sophia Mosque at prayer times (five times a day), especially noon praying on Fridays. Women should wear a head covering when entering to the Hagia Sophia. Headscarves are available at the Hagia Sophia Mosque entrance without a fee. Photography is allowed, however do not take pictures of people who are in the mosque to pray. Stay silent during your visit, dont run and stand in front of anyone praying. There is no entrance fee to visit Hagia Sophia Mosque, but donations are welcome.

The Hagia Sophia Mosque is famous for its exterior as well as its interior. The mausoleums of Ottoman Sultans outside the building are among the first to visit. There are tombs of princes and mausoleums of Sultan Selim II, Sultan Murad III, Sultan Mehmed III, Sultan Mustafa I, and Sultan Ibrahim whose reigns followed one another. Hagia Sophia Grand Mosque more than just a monument to the grandeur of human achievement and artistic expression. It also serves as the final resting place for five sultans and their families, giving it a venerated historical status befitting its age and history. The four minarets of Hagia Sophia, known to be built by Mimar Sinan, the fountain of Sibyan (elementary) school, the clock room, the fountains, buttresses, the treasury building and the soup kitchen are also increasing the magnificence of the structure. 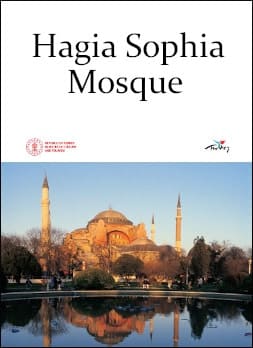 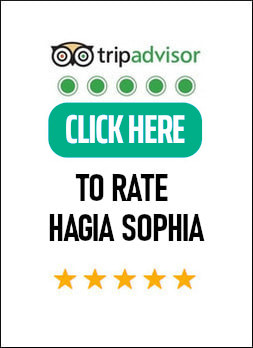 • MUSEUM OF TURKISH AND ISLAMIC ARTS

• MUSEUM OF THE HISTORY OF SCIENCE AND TECHNOLOGY IN ISLAM 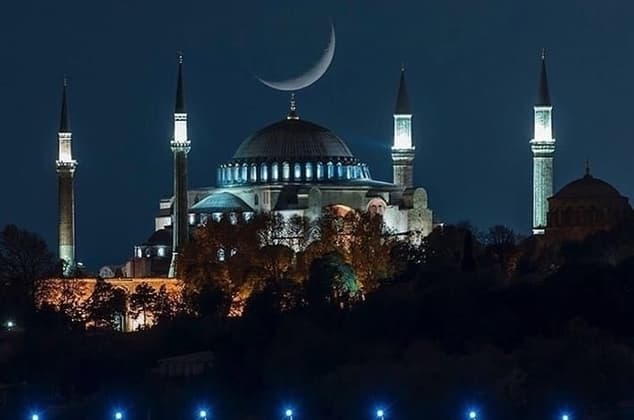 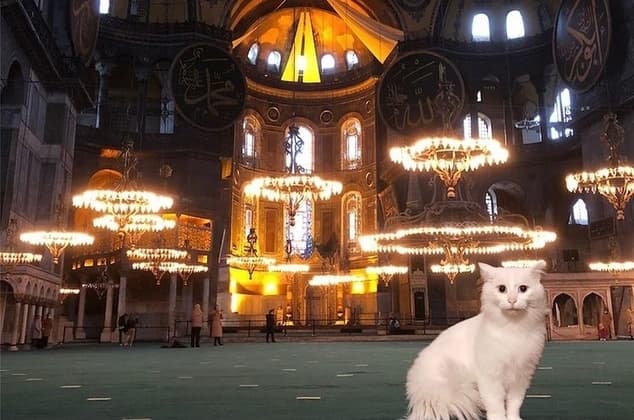 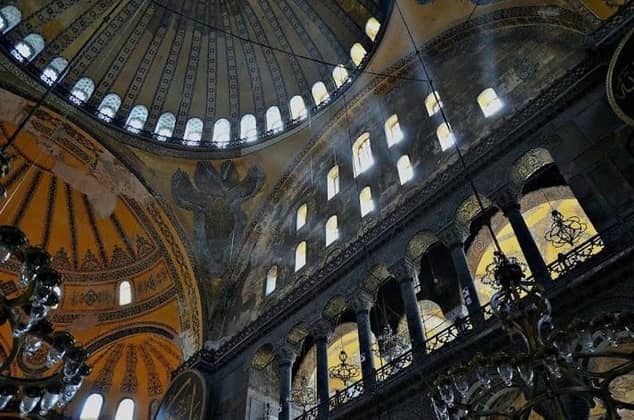 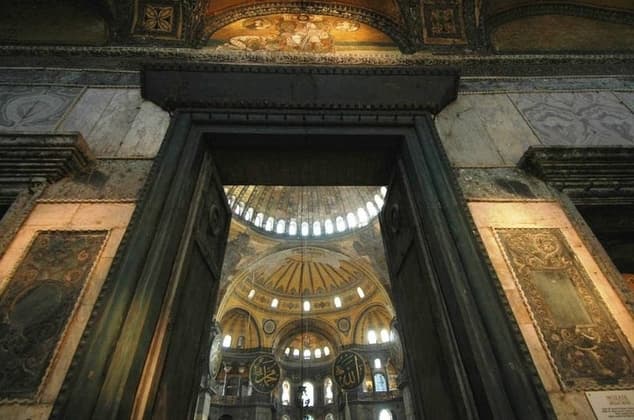 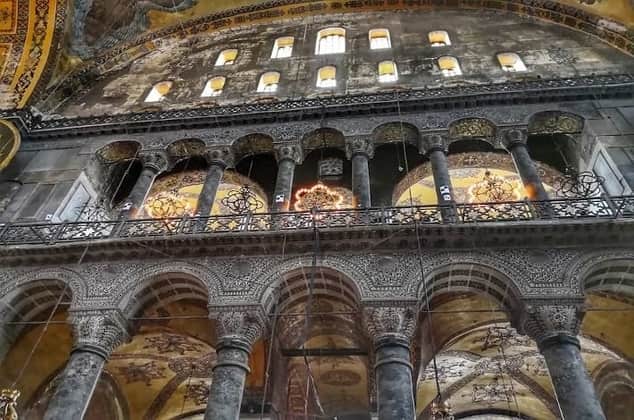 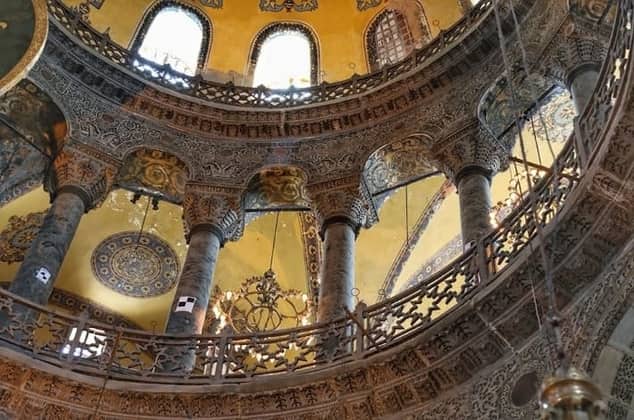 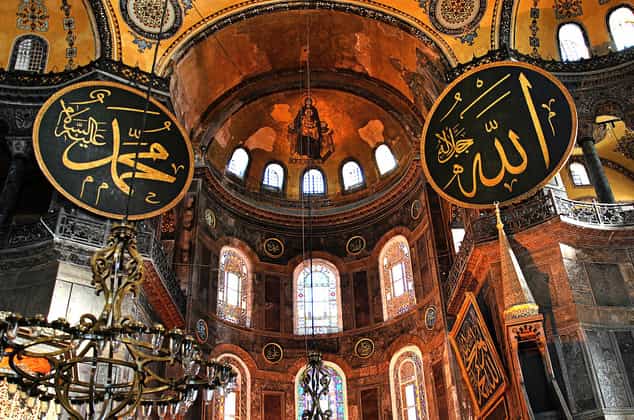 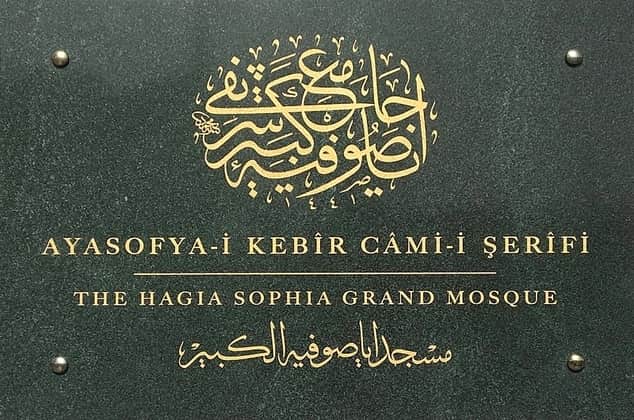 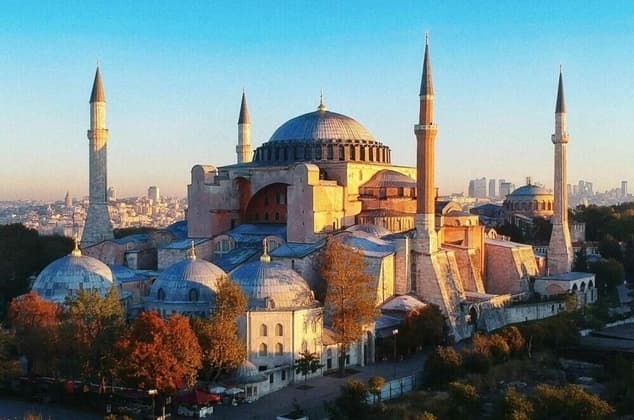 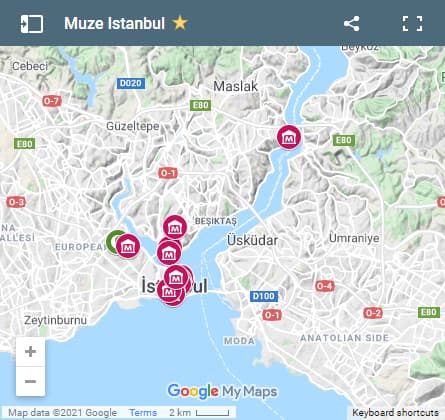